Want to be a Civilian Flagger? No Criminal Background Check Required! 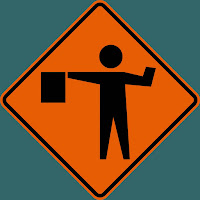 The Patrick Administration has been quick to criticize the MBTA following the May trolley crash which was driven by a 24 year old who did not have a clean driving record and who happened to be texting at the time of the accident. In fact just after the incident, Governor Patrick said the cash strapped MBTA needed to re-evaluate its hiring policies. Well Governor Patrick may want to put his money where his mouth is. According to a Boston Herald article, a man with at least 70 arrests on his criminal record was recently approved and trained by the state’s Executive Office of Transportation. In responding to this revelation, a spokesman for MassHighway said, “MassHighway takes its flagger program and public safety very seriously. We have just learned of this information and, if found to be true, we can assure you that the individual in question will never work on a MassHighway construction site.”

Probably would have been a good idea to review his background before spending state dollars training this person, don’t you think? Is it possible that even more criminals signed up for the well paying civilian flagman position?
Posted by Massachusetts House Republicans at 1:58 PM