Created as part of the Fiscal Year 2017 state budget, the special commission is charged with investigating evidence-based practices, programs and systems to prevent behavioral health disorders and promote behavioral health across the Commonwealth.  In addition to developing recommendations for improving behavioral health in Massachusetts through early detection and intervention, the commission will also focus on increasing collaboration at the state and local levels between community coalitions and public health, mental health, healthcare, education, social services and public safety organizations.

“Representative Ferguson’s education and background in speech/language pathology will serve her well as a member of the special commission,” said Representative Jones.  “I am confident that she will make a positive contribution to the commission as it works to improve the state’s ability to assist individuals and families dealing with behavioral health issues.”

The commission will hold a minimum of 3 public hearings, and is required to issue a report within 24 months of its first meeting.  The commission also has the option of making a draft report available for public comment before filing its final version.

Representative Ferguson represents the First Worcester District, which is comprised of Holden, Paxton, Princeton, Rutland, Precinct 1 in Sterling and Precinct 2 in Westminster.
Posted by Massachusetts House Republicans at 3:04 PM 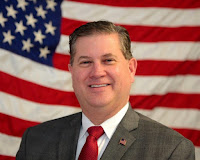 In carrying out its mission, the commission will explore the constitutionality and practicality of subjecting all three branches of state government – the Legislature, the executive branch, and the judiciary – to the public records law.  It will also study ways to improve the use of information technology and other means to ensure that the public has access to information about the legislative process, including public hearing agendas, public testimony, committee votes and roll call votes recorded in the House of Representatives and the Senate.

Muratore is one of 14 legislators serving on the special commission, which was created as part of the comprehensive public records law overhaul signed by Governor Charlie Baker on June 6, 2016.  A member of the Joint Committee on State Administration and Regulatory Oversight, which drafted an earlier version of the public records law reform bill, Muratore also served on the conference committee that produced the final bill, which constituted the first significant changes to the Massachusetts public records law in more than 40 years.

“Representative Muratore has a strong understanding of the public records law, and this knowledge will serve him well as he works with the other commission members to determine how to create more openness and transparency throughout state government,” said Representative Jones.

The commission is schedule to file a report, along with any recommendations for legislation or changes to existing legislative rules, by December 30, 2017.

Representative Muratore represents the First Plymouth District, which consists of Precincts 2 through 8, 10, 12, 14 and 15 in the town of Plymouth.  A former Plymouth Selectman, he was first elected to the Legislature in November of 2014.
Posted by Massachusetts House Republicans at 12:15 PM 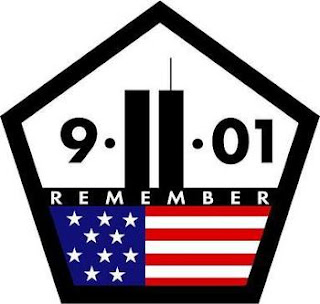 “One of the worst days in America’s history saw some of the bravest acts in Americans’ history. We’ll always honor the heroes of 9/11. And here at this hallowed place, we pledge that we will never forget their sacrifice.” – President George W. Bush

Those of us who are old enough can remember exactly where we were on September 11, 2001.  Fifteen years ago today, thousands of innocent lives were lost in the terrorist attacks on New York, Washington, D.C. and Pennsylvania.  But on that terrible day, we also witnessed countless acts of compassion, heroism and caring, with many individuals sacrificing their own lives to save others.  As we mark this somber anniversary, let us keep the families of the victims, the first responders, and the service men and women who continue to protect us in our thoughts and prayers, not only today, but each and every day.
Posted by Massachusetts House Republicans at 8:24 AM