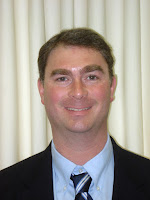 The coalition recognized Rep. Hill for his support for civil legal aid, which assists low-income individuals and families in resolving issues related to basic necessities such as housing, employment, classroom accommodations for children with disabilities and conflicts related to child support and custody, divorce, and domestic violence. 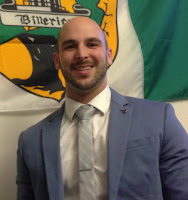 Raising the minimum wage for fast food and big box store employees to $15 an hour would be devastating to the Massachusetts economy. This proposal fails to understand the basic principles of a supply and demand economy and as a result, it would have painful ramifications on the cost of goods and availability of jobs in our state.

The irony of the proposal is it would hurt the very people it attempts to help. Business owners would see significant cost increases to operate and would likely respond by cutting jobs or raising prices. Either response hurts minimum wage earners as they will find themselves out of a job or not able to afford a $12 Big Mac.

Further, minimum wage earners who work outside of the $15 an hour minimum wage industries would be disadvantaged as they would experience higher costs for goods without the benefit of the extra wages being paid to minimum wage workers.

Seattle in 2014 approved a phased-in hike in the hourly minimum wage to $15 with an initial increase to $11 in April 2015. A recent American Enterprise Institute blog post by Mark J. Perry noted the city started “ . . . suffering significant job losses, which then contributed to a noticeable spike in the number of the city’s unemployed workers and a sharp jump in the city’s jobless rate between April and December.”

In addition, the impact on youth jobs will be devastating. Statistics show that the percentage of teens with jobs is sharply down from past decades. Often the first jobs we held as youths shaped our work ethic, taught us life skills, and showed us the value of a dollar. Youth job availability will certainly be damaged under this minimum wage proposal because of the high cost of inexperienced labor.

This proposal falls firmly under the “Do as I say, not as I do” category. State senator Daniel Wolf is a Hyannis Democrat who is also the CEO of Cape Air. The State House News Service reported that Wolf is “. . . both a supporter of the higher minimum wage and an airline CEO who can’t currently afford to pay that wage to all employees.” Doesn’t this statement speak volumes about the practicality of this bill?
Posted by Massachusetts House Republicans at 10:49 AM

You can watch the segment in its entirety by playing the video link attached below or by clicking here.  The segment, which runs for approximately 7 minutes, begins at the 10:15 mark.

Posted by Massachusetts House Republicans at 11:16 AM