“After a cursory glance at the Fiscal Year 2015(FY15) state budget proposal, it is abundantly clear that the Patrick Administration’s spending plan for next year does nothing but highlight Governor Patrick’s lame-duck status.

Once again, the Governor is treating the taxpayers of Massachusetts as an endless revenue stream, proposing to hit them again for revenue in the form of new statewide taxes. This approach has not garnered support from taxpayers in the past, and it will once again fall flat.

In spite of hundreds of millions in new taxes and revenue initiatives, proposed by Governor Patrick and green-lighted by Democrats on Beacon Hill, the Governor continues to rely on tapping into the state’s reserves in order to fund his FY15 budget proposal. For a Governor who consistently touts a nation-leading ‘Rainy Day’ fund – left to him by his Republican predecessors – this plan further highlights the Governor’s myopic approach to the state’s finances.

Once again, the Governor has produced a budget that is heavy on spending and far too reliant on dubious revenue sources. While Governor Patrick’s focus seems to be cementing his legacy, the Legislature must set its sights on producing a budget for the taxpayers that balances meeting the needs of today in a fiscally responsible and sustainable fashion."
Posted by Massachusetts House Republicans at 8:08 AM 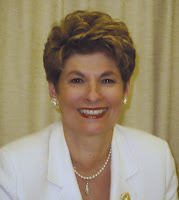 “In light of today’s verdict finding State Representative Carlos Henriquez guilty of two counts of assault and battery of a young woman, I am calling for his immediate resignation from the House of Representatives.

Now that Representative Henriquez has had his day in court, it is time for him to leave this institution which should in no way condone violence against women.

As elected officials, we must hold ourselves to the highest level of moral and ethical conduct. Mr. Henriquez has breached the trust of his colleagues and constituents, and his reprehensible actions will not be tolerated.”
Posted by Massachusetts House Republicans at 1:22 PM