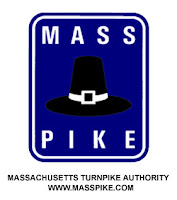 The soon to be dissolved Massachusetts Turnpike Authority got some good news this week, according to reports in the Boston Globe and by State House News Service, by avoiding a potential $270 million payment to UBS. Currently, UBS holds five of the Turnpike’s controversial “swaption” agreements, each of which could have been terminated by UBS if not for an upgrade in the Turnpike’s bond rating. Fortunately, legislation passed by the House and Senate was sufficient to convince Moody’s and Standard and Poor’s to upgrade the Pike’s rating. According to State House News Service, “The rating upgrade followed passage in the past week of two state laws, one dedicating $100 million in new revenues for a sales tax hike to turnpike bondholders and a second reinstating the state's credit behind the 2001 turnpike interest rate swap agreements that have threatened to blow up on the state.”

This is good news for the tollpayers, who certainly would have been on the hook; however, this mini-crisis certainly underscores the need to dissolve the Turnpike and start anew.
Posted by Massachusetts House Republicans at 2:16 PM