Hargraves: View From the Hill 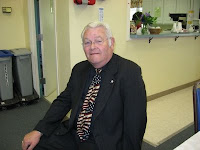 When this paper hits the newsstand on Friday, I will be one of 32 Groton Minutemen speeding towards Philadelphia on a Buckingham bus to march in the Welcome America Parade on Saturday.

In these parades, I play the part of the parson, and my costume is made out of wool, complete with a cape. It can get quite hot, which I take as a token reminder of the hardships endured by those who passed before us to secure the freedoms and way of life we take so for granted today.

My group represents the militia from Groton who walked to Concord in dark and drizzle to confront the British at dawn at the Old North Bridge on April 19th, 1775. Our regiment consists of five drummers, several members who carry muskets, and several women.

This is only the second time the Groton Minutemen have participated in the 4th of July Parade in Philadelphia. We also participated in 1976 to kick off the Bi-Centennial Celebration of the founding of our country.

Geroge Brouillette deserves much of the credit for organizing this pilgrimage, along with our captain, Tommy McDowell of Ayer.

I use the word “pilgrimage” in an effort to pay homage to the place where Thomas Jefferson drafted the Declaration of Independence, and where it was ratified and signed on July 4, 1776 by the delegates sent from each of the original 13 colonies. By the way, there were five delegates from Massachusetts who committed treason (to Great Britain) by affixing their names to this revolutionary document: John Hancock, Samuel Adams, John Adams, Robert Treat Paine, and Elbridge Gerry. They all could have been hanged for their crime.

The parade will take us through Philadelphia’s Historic District, and this is hallowed ground to this student of history. At the time of the Revolution, Philadelphia was the second largest city (second only to London) in the British Empire; It also served as our first capital.

If I get hot while I’m marching, I will remember the heat endured by the soldiers on the battlefields and by the original delegates who endured the heat without the relief of air conditioning we will enjoy while there.

Ellen will be with me, and we are looking forward to touring the birthplace of our nation.

Happy Fourth of July!
Posted by Massachusetts House Republicans at 9:39 AM