“I join the hardworking taxpayers of Massachusetts in being extremely troubled and discouraged by the Commonwealth’s unemployment rate being higher than the national average.

Democrats on Beacon Hill should not be surprised that their decision to raise taxes and promote job-killing practices, like the State Senate’s extreme measure to raise the state’s minimum wage, has had a detrimental effect on our state’s workforce.

As I said in January, the Legislature’s first-priority this session should have been a concerted effort to promote pro-business legislation aimed at delivering jobs to Massachusetts. A focus on reforming the current paradigm of unemployment insurance would be a great catalyst to once again make Massachusetts the business-friendly state that it has the potential to be.”
Posted by Massachusetts House Republicans at 1:08 PM

“Before we focus on how best to approach and permanently correct the continued shortcomings of the Department of Children and Families (DCF), our state resources need to be focused on locating young Jeremiah.

With that being said, it is hard to ignore the recent inadequacies of DCF. The cases brought to light through numerous media accounts are not only cause for extreme concern, but seem to highlight systemic issues within an agency charged with the protection of some of the Commonwealth’s youngest and most vulnerable individuals and families.

While asking the agency’s top brass to perform a top-down review of practices and policies is a necessary first step, the only way to correct DCF’s shortfalls are to ask questions of, and elicit answers from the employees working in the field. A large majority of these employees are dedicated public servants and our efforts will benefit from their accounts from the front lines.

Upon the return of Jeremiah to his loved ones, I will request that DCF management and select caseworkers appear before a House panel and put forth the agency’s current procedures and operating model. Furthermore, it is my intention to ask that Governor Patrick and DCF produce an immediate plan of action to both rectify the current problem within the agency, as well as solutions to work to avoid future detrimental situations.”
Posted by Massachusetts House Republicans at 2:57 PM

“Testimony presented at today’s Consensus Revenue Hearing has proven – yet again – the Commonwealth doesn’t have a revenue problem. Economists and think tanks alike all agree that Fiscal Year 2015 will feature a stronger economy, and an even healthier tax revenue intake.

This most recent revenue forecast calls into question whether the tax increases rubber-stamped by legislative Democrats earlier this year were ever needed. As opposed to utilizing a tax-first approach to financing state government, the majority party must begin to exercise true fiscal prudence.

While Democrats cried financial foul when the House Republican Caucus proposed a tax-free transportation proposal, today’s estimates prove that had our alternative financing plan been implemented, the Commonwealth would still have had sufficient means to fund the budget while increasing funding for transportation – all without raising taxes.”
Posted by Massachusetts House Republicans at 3:12 PM

In case you forgot, today marks the special election in the 5th Congressional District, and the primary in the 9th Norfolk District.

In the race Congress, Republican Frank Addivinola is facing off against Democrat, and current State Senator, Katherine Clark. This race is for the seat left vacant when Congressman Ed Markey of Malden resigned after winning a special election for United State Senate.

The second special election contest being held today is in the 9th Norfolk District for the seat vacated by Representative Dan Winslow. On the Republican side, Shawn Dooley is running unopposed. On the other side of the ticket, Democrat Edward McCormick is also running unopposed. The victors of the Republican and Democratic primary will face off in the general election against Independent Chris Timson.

To find out where you vote, please click here.
Posted by Massachusetts House Republicans at 10:05 AM 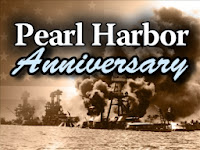 Seventy-two years ago today, the American Army and Navy base in Pearl Harbor was attacked by the Imperial Japanese Navy. More than 2,000 Americans were killed and another 1,000 were injured.

Today, on December 7th, we remember and honor those military men and women who lost their lives on that Sunday morning many years ago.

On this Pearl Harbor Remembrance Day, all of us here at The Capitol View Live want to offer our sincere gratitude and appreciation to the service men and women who made the ultimate sacrifice. We thank you and we continue to honor you.
Posted by Massachusetts House Republicans at 10:00 AM