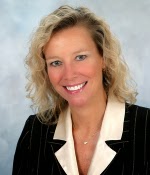 Attached below is a copy of a column by Third Assistant Minority Leader Susan Williams Gifford (R-Wareham) regarding single-payer health care which ran in the Globe South edition of the Boston Globe over the weekend:

When Massachusetts passed its landmark Health Care Reform Act in 2006, the immediate short-term goal was to provide insurance to residents who lacked coverage.  The more challenging problem, which remains elusive, is how to hold down health care costs.

Over the past decade, the Legislature has continued to grapple with this question.  But moving to a single-payer health care system is not the answer.

For starters, the price tag associated with transitioning to a single-payer model would be prohibitively expensive, as Vermont officials recently discovered.

In 2011, Vermont legislators voted to establish single-payer health care by 2017.  But Vermont abandoned those plans when it was determined it would cost $2.9 billion annually and would require an 11.5 percent state payroll tax on businesses.  This would have been devastating for the economy and would likely have driven many employers – and jobs – out of the state.

Fifteen years ago, the Beacon Hill Institute warned that adopting a single-payer system in Massachusetts would cost the Commonwealth $14.393 billion, along with 917,000 lost jobs, and would require increasing the income tax to 13.76 percent.  If a similar study were conducted today, the costs would surely be even higher.

Those who advocate for a government-run health insurance system should be careful what they wish for: government does not always deliver services as efficiently and cost-effectively as the private sector, as the ongoing problems at the Health Care Connector have proven.

To hold down costs, a single-payer system requires government-imposed price controls and scaled-back services.  Consumers would have fewer choices under this “one size fits all” approach, and would not be able to shop around for an insurer that best fits their individual health care needs.

Under a single-payer system, health care providers would receive substantially lower payments, creating a disincentive for investing in new technology, stifling innovation and potentially driving people away from the profession.  Patients would find themselves waiting much longer for a doctor’s appointment, and would experience significant delays in receiving treatment.

There are many options worth pursuing to reduce the costs of health care, but switching to a single-payer system is not one of them.
Posted by Massachusetts House Republicans at 1:45 PM

In Case You Missed It...

Posted by Massachusetts House Republicans at 9:36 AM

“I applaud Governor Baker for delivering a state budget that recognizes the significant fiscal challenges the Commonwealth is facing, but does so in a way that is responsible, transparent and sustainable.

The proposal released today increases state spending at a rate of 3 percent, which is well below the projected revenue growth of 4.8 percent, while holding the line on new taxes and fees and avoiding any draw down from the state’s Rainy Day Fund.  It also sets clear priorities, beginning with a commitment to local aid in the form of a $105 million increase in Chapter 70 education funding and an additional $34 million in Unrestricted General Government Aid for our cities and towns.

Governor Baker inherited a sizable deficit from the previous administration, but he has risen to the challenge by forging ahead with a creative budget plan and accompanying legislation that seeks to addresses a myriad of key issues including ongoing service problems at the MBTA, slowing the growth of Medicaid, and providing much-needed relief to working families by doubling the Earned Income Tax Credit over a three-year period.  I look forward to working with my colleagues in the House Caucus to ensure that Governor Baker’s initiatives are fairly considered as components of the House budget in the weeks and months ahead."
Posted by Massachusetts House Republicans at 2:23 PM

House Minority Leader Bradley H. Jones, Jr. (R-North Reading) was a guest on the March 2015 edition of "House Happenings", where he and Representative Sheila Harrington (R-Groton) discussed some of the issues facing the Legislature for the 2015-2016 session, including the challenge of addressing the problems that have plagued the MBTA this winter, as well as the House Republican Caucus' efforts to provide increased local aid to cities and towns. The half-hour program, which airs on the Groton Channel, can be viewed in its entirety by playing the video below.

House Minority Leader Bradley H. Jones, Jr. (R-North Reading) will be a guest on this weekend’s “Keller At Large” show, hosted by veteran Boston journalist Jon Keller.  The interview will air on Sunday, March 8th at 8:30 a.m. on WBZ-TV Channel 4.

Keller’s interview with Representative Jones will touch on a number of topics, including the looming state budget deficit, which some fiscal watchdog groups have estimated could be as much as $1.5 billion, as well as Governor Baker’s efforts to implement reforms to address the deficit.  Other topics include Boston’s proposal to host the summer Olympics in 2024 and the role the Legislature will play in that process.

Representative Jones was first elected to the Massachusetts House of Representatives in 1994 and has served as the House Minority Leader since 2002.  He represents the Twentieth Middlesex District, which is comprised of the communities of North Reading; Precincts 1, 6, 7, and 8 in Reading; Lynnfield; and Precinct 1 in Middleton.
Posted by Massachusetts House Republicans at 10:27 AM