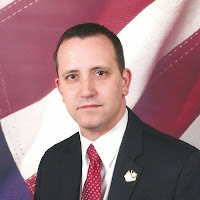 Representative Richard Bastien (R–Gardner) will hold a press conference tomorrow to discuss legislation that he has filed relative to legalizing the sale of fireworks in Massachusetts.

In anticipation of the July 4th holiday weekend, Representative Bastien will be addressing his legislation, House Bill 3372, An Act Relative to the Sale and Use of Fireworks. If passed, this bill would provide cities and towns in the Commonwealth with the option to legalize consumer fireworks. With the sale of fireworks being legal in 46 other states, Representative Bastien will present information about the legalization of consumer fireworks.

Representative Bastien will be joined at the press conference by experts from the fireworks industry.

The press conference will be held tomorrow (Wednesday) at 2:00p.m. on the Winchendon, MA side of the Massachusetts/New Hampshire border, across from the Atlas Fireworks Store (1212 Route 202 Rindge NH, 03461).
Posted by Massachusetts House Republicans at 2:05 PM

To view the segments play the videos posted below.


Watch this at NECN

Posted by Massachusetts House Republicans at 10:14 AM 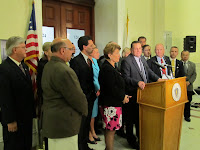 Led by House Minority Leader Brad Jones (R- North Reading) and Representative Dan Winslow (R-Norfolk), the Massachusetts House of Representatives Republican Caucus has proposed the first comprehensive reform of the House Code of Ethical Conduct governing Representatives and legislative staff in more than 25 years. The proposed reforms will hold Members and legislative staff to a higher standard of ethical conduct than prescribed by statute, as well as work to restore the public’s faith in state government.

“The citizens of the Commonwealth of Massachusetts deserve a legislative body that maintains the highest ethical standards,” said House Minority Leader Brad Jones. “It is our duty to strengthen and update the House Code of Ethical Conduct in order to ensure public trust, respect and confidence in state government.”

Announced by the House Republican Caucus today, the formal proposal will be filed and debated at the next formal session of the House. House Republicans invite all Democrats to join the proposed reform as co-sponsors.

“Even though the House Republicans are initiating new ethics reform for our Members, we strongly believe this should be a bipartisan effort to toughen and update the House Code of Ethical Conduct. A new code of conduct will assure that House Members and staff are held accountable to the people we serve,” said Representative Winslow, lead author and co-sponsor of the proposed legislation.

Highlights of the Proposed Code of Ethical Conduct include:

• Procurement: Forbids Members and staff from contacting public entities regarding pending procurements before the award decision is made. Legislators have no constitutional role regarding procurement after voting on appropriation;

• Job Recommendations: Limits Members and staff to written recommendations for job seekers in the public sector, unless the employer initiates contact to check references;

• Snitch Rule: Creates ethical duty for Members and staff to report any unethical or criminal conduct by any other Members or staff.

• Lobbyists: Prohibits lobbyists from entering the House Chamber and the Members’ Lounge, and limits lobbyist access to Members and staff unless displaying a publicly visible badge identifying them as lobbyists;

• Arrest or Indictment: Creates detailed disclosure requirements in the event a Member or staff is arrested, indicted or charged with criminal offenses, or named as a defendant in a domestic violence restraining order, and empowers the Ethics Committee to act immediately as appropriate;

• Private Life/Privacy: Preserves the right of Members and staff to have private lives, provided that private conduct does not become public or otherwise bring the House into public disrepute. Confirms that Members’ and staff’s families are beyond the scope of the legislative ethical code.

North Reading: In The Neighborhood: MyFoxBOSTON.com

Posted by Massachusetts House Republicans at 10:10 AM

Today is yet another dark day for politics in Massachusetts. The verdict that was handed down by a jury of peers is certainly a black-eye on Beacon Hill. This is another example of the continuing problems that we can lay at the doorstep of one-party politics. It is my hope that as we go forward, we can dismiss the notion that individuals are entitled to, or can get away with, abusing the public’s trust. Hopefully, we can convince the public that, once again, situations involving the abuse of power are the exception and not the rule. We, their elected officials, must work that much harder so the public can restore their trust in us. 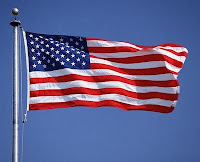 The Commonwealth also happens to be home to one of the longest-running Flag Day parades. Since its inception in 1952, the Flag Day parade is held annually in Quincy, Massachusetts. This year the parade celebrates its 60th anniversary.
Posted by Massachusetts House Republicans at 1:37 PM

In case you missed it, Representative Angelo D’Emilia (R- Bridgewater) made an appearance on the FOX-25 Morning News’ Zip Trip in Bridgewater today. Representative D’Emilia joined Kim Carrigan for the “Talk of the Town” segment. Click on the video below for more.

Bridgewater: Talk of the Town: MyFoxBOSTON.com

Posted by Massachusetts House Republicans at 9:37 AM

In case you missed it, Governor Patrick has failed to sign on to the Secure Communities initiative. This federal program is designed to lay the groundwork for the deportation of violent, illegal immigrants. The Governor’s waffling, on an issue which has garnered bi-partisan support, is a clear demonstration that he is more concerned with fostering illegal immigration than he is with public safety.

This morning the Eagle Tribune ran an editorial which accurately captures the opinion of a majority of voters and residents of the Commonwealth. It is time the Patrick Administration stops trying to score political points with allies and rather pay attention to what is the best public policy for the Commonwealth.

Click here to read the article in its entirety.
Posted by Massachusetts House Republicans at 1:55 PM

In case you missed it, Representative Brad Jones made appearances on the FOX-25 News and on NewsCenter 5. Representative Jones offered reaction to Governor Patrick’s refusal to sign on to Secure Communities, the federally led initiative that seeks to deport illegal immigrants convicted of serious crimes. To view the entire FOX-25 segment play the video posted below. To view the NewsCenter 5 story, click on the link posted below.

Click here to view the video in its entirety

Posted by Massachusetts House Republicans at 10:08 AM

Governor Patrick made the wrong decision to not join the federal Secure Communities initiative. The Governor’s waffling, on an issue which has garnered bi-partisan support, is a clear demonstration that he is more concerned with fostering illegal immigration than he is with public safety.

The fact that the Governor had his Executive Office of Public Safety inform federal officials of his decision on a Friday, while everyone should have been rightfully focused on recovering from the horrific damage caused by the string of tornadoes, is telling.

This Administration’s latest Friday “news dump” is proof that their decision- making is based more on scoring political points with allies rather than what is the best public policy for the Commonwealth. 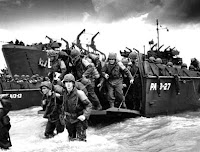 On this, the 67th anniversary of the Allied forces storming the beaches of Normandy, we wish to remember all of the brave soldiers who lost their lives fighting to ensure the freedoms of others.

Today, and every other day, we wish to remember the sacrifices and the commitment of the men and women who have served, and continue to serve in the United States Armed Forces.
Posted by Massachusetts House Republicans at 11:41 AM

Posted by Massachusetts House Republicans at 9:58 AM

In light of the tornadoes and severe weather suffered throughout the Commonwealth, we at the Capitol View Live would like to extend our thoughts and prayers to all of those individuals and communities that suffered damage.

Governor Patrick has declared a State of Emergency throughout the Commonwealth, and has activated 1,000 National Guard troops to assist with the recovery effort. With reports of damage in at least 19 communities, the Governor has asked officials in those towns and cities to close schools today to allow work crews to clear streets. The Governor has also instructed that all non-emergency Executive Branch employees living or working in Hampden, Hampshire, Franklin and Worcester counties should not report to their workplaces today, Thursday June 2, 2011.

House Minority Leader Bradley H. Jones, Jr. issued the following statement today in response to the adoption of the human trafficking bill by the House:

I am encouraged by the unanimous adoption of House Bill 3470 An Act Relative to the Commercial Exploitation of People. This piece of legislation will enable the Commonwealth of Massachusetts to protect our most vulnerable citizens.

With Massachusetts being one of only four states without laws on the books to protect exploited persons, the House has now laid the groundwork for such legislation to be adopted and implemented in the Commonwealth. Additionally, with the adoption of Republican led amendments, we will ensure that repeat human trafficking offenders receive harsher punishments, including longer incarceration time.

I look forward to the Senate’s consideration of this matter in the near future, and ultimately seeing this legislation signed into law by Governor Patrick in a timely fashion.
Posted by Massachusetts House Republicans at 2:49 PM 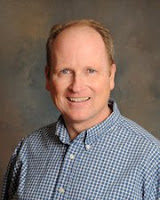 In case you missed it, Representative Dan Winslow made an appearance on Broadside with Democratic political analyst Sheila Capone yesterday. Representative Winslow joined host Jim Braude to discuss topics ranging from Scott Brown’s upcoming re-election bid, to the effects of the Sal DiMasi trial on politics in the Commonwealth. To view the entire segment play the video posted below, or click here.

Posted by Massachusetts House Republicans at 10:09 AM