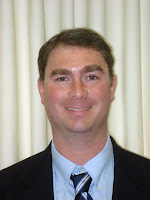 Testimony on a new version of “Melissa’s Bill” that targets the most dangerous, repeat offenders will be heard on Tuesday before the Joint Committee on the Judiciary, Minority Whip Bradford R. Hill (R-Ipswich), Middlesex District Attorney Gerry Leone, and the family of Melissa Gosule announced today. The new version of the bill was filed this year, 10 years after the death of Melissa Gosule, in an effort to assure truth in sentencing for the most dangerous repeat offenders and to close significant loopholes that have allowed offenders to avoid just punishment for crimes that they have committed. It has already received bi-partisan support.

“Melissa’s Bill” was filed in the memory of Melissa Gosule, a then-27-year-old teacher who, on July 11, 1999, was driving on Cape Cod when her car broke down and then accepted a ride from a stranger who offered to help. Unfortunately, unbeknownst to Melissa, the man who offered to help her was a repeat offender who had served less then two years in jail for a combined 27 criminal convictions. It was the last time that Melissa was ever seen alive, and she was found eight days later in a shallow grave.

Prompted by a visit from the Gosules shortly after Melissa’s death, and compounded by Massachusetts’ crime problem caused by repeat offenders, Hill decided to work with the Gosule family to file legislation that would further punish repeat offenders. This year, a new version of Melissa’s Bill has been filed by Hill with a number of revisions that address concerns previously expressed by legislators.

“A priority of the Legislature should be to ensure the safety of all the citizens of the Commonwealth from dangerous, habitual offenders and this Bill would do just that”, stated Hill.

Among the components of the bill include:

Expands the habitual offender statute to better target the most dangerous repeat offenders, establishing that the maximum punishment available by law shall be imposed for either a defendant’s third Superior Court felony conviction or a third conviction of a felony punishable by more than 10 years in prison.

Requires that sentences on new crimes committed during the pendency of a case shall run consecutively, eliminating the ability of defendants to agree to “package deals” and receive concurrent sentences for crimes committed while they are out on bail.

“We are fighting for this bill in memory of my sister and other victims like her,” Heidi Gosule, Melissa’s sister, said. “We are truly hopeful that this bill will pass in what is the tenth year since Melissa’s death and assure that victims will be better protected for years to come.”

Hill and Leone are hopeful that members of the Legislature will take a fresh look at this new bill in an effort to find common ground and pass a law that will honor Melissa’s memory and protect all citizens from these kinds of dangerous, repeat offenders.

After ten years of different versions of the Bill languishing in the Legislature, I can see no better way of honoring the memory of Melissa Gosule than passing this Bill in this Legislative Session, the tenth anniversary of her tragic death.” Hill added.

Please join the family, respected officials and guests at 10:30 a.m. on Tuesday, July 14, outside the Garden of Peace adjacent to the McCormack Building and 100 Cambridge Street in Boston for a press conference regarding the bill. At the event, family and friends of Melissa Gosule will release 37 balloons - the age Melissa would be if she were alive today.

Following the press conference, members of Melissa Gosule’s family, Leone, Hill, and other officials are expected to testify before the Judiciary Committee. The hearing is expected to start at noon at the Gardner Auditorium.

For further information on this legislation, please contact Representative Hill’s office at (617-722-2100) or jody.tozier@hou.state.ma.us.
Posted by Massachusetts House Republicans at 9:56 AM