Massachusetts Residents About to Get Hit Hard 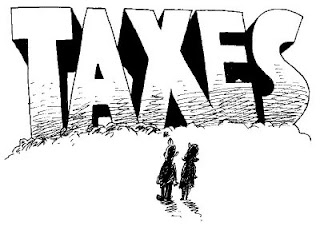 By now, the majority of Massachusetts residents are well aware that in less than one month, the state’s sales tax will climb to 6.25%. However, it is unclear if all of those people know just how hard they are about to be hit compared to other states across the country.

According to a new report, Massachusetts is among the top six states planning on hitting residents with big tax hikes. Only three states rank higher on that list including; California, New York and Florida. To be in the like with a state like California, whose deficit is hovering at an astounding $25 billion, is a slap in the face to taxpayers across the Commonwealth.

Massachusetts ranks 23rd in the nation, with a tax burden of 9.5%, the state, and is quickly returning to its “Taxachusetts” ways.

Click here to see what other states are facing.
Posted by Massachusetts House Republicans at 10:42 AM