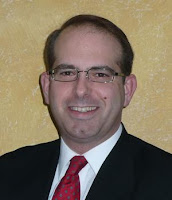 House Minority Leader Bradley H. Jones, Jr. (R-North Reading) has appointed Representative David T. Vieira (R-East Falmouth) as his designee on the working group charged with reviewing and evaluating the application of the public records law as it relates to law enforcement.

Created as part of the recent public records law reform package signed by Governor Charlie Baker, the working group will review determinations of the supervisor of records and judicial decisions related to requests for investigatory materials compiled by law enforcement.  Current law exempts these materials from the public records law if their disclosure “would probably so prejudice the possibility of effective law enforcement that such disclosure would not be in the public interest.”

Following its review, the working group will issue its findings regarding the public interest in releasing records made and kept by police departments, including arrest records, as well as the privacy and confidentiality concerns related to the release of such records.  A report on the working group’s finding and recommendations will be filed with the Legislature by December 30, 2017.

“As the Ranking Member of the Joint Committee on Public Safety and Homeland Security, Representative Vieira has a firm grasp on the issues that impact law enforcement,” said Representative Jones.  “I believe David’s experience will serve him well on the working group as it considers potential changes to the public records law.”

“Transparency is critical to restoring citizen trust in government, and I look forward to finding the nexus between transparency in law enforcement records and the confidentiality necessary to protect the public interest,” Representative Vieira said.

Representative Vieira is one of four legislators serving on the working group, which will be chaired by Secretary of State William Galvin and include a total of 16 members.  Secretary of Public Safety and Security Daniel Bennett; Court Administrator of the Trial Court Harry Spence; Attorney General Maura Healey; and Secretary of Administration and Finance Kristen Lepore will also serve as members.

Representative Vieira represents the 3rd Barnstable District, which consists of Precincts 3, 4, 5 and 6 in Bourne; Precincts 3, 4, 7, 8 and 9 in Falmouth; and the town of Mashpee.
Posted by Massachusetts House Republicans at 1:13 PM

Created as part of the historic pay equity bill that was signed into law on August 1, the special commission will study the factors, causes and impact of pay disparity based on race, color, religious creed, national origin, gender identity, sexual orientation, genetic information, ancestry, disability and military service.  The commission will report back to the Legislature with its findings by January 1, 2019.

“Representative Orrall has been a strong advocate for pay equity and ending gender-based wage discrimination in the workplace,” said Representative Jones.  “I am confident she will prove to be a valuable asset to the special commission as it looks at the root causes of pay disparity and how we can address this issue moving forward.”

Representative Orrall is one of eight members serving on the commission, which will be chaired by Secretary of Labor and Workforce Development Ronald L. Walker II.  Attorney General Maura Healey will also serve on the commission, along with five other members to be appointed by the House Speaker, Senate President and Senate Minority Leader.

Representative Orrall represents the 12th Bristol District, which is comprised of the towns of Berkley and Lakeville and portions of Taunton and Middleborough.  She currently serves on both the Joint Committee on Labor and Workforce Development and the Joint Committee on Economic Development and Emerging Technologies.
Posted by Massachusetts House Republicans at 11:09 AM