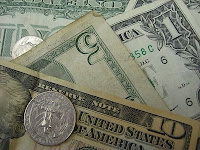 The Department of Revenue will be releasing June’s tax collections in the next couple weeks and House Republicans are calling on the Democratic-controlled Legislature to allow enough time to review those numbers prior to taking up all of Governor Patrick’s vetoes. We anticipate June’s revenue numbers being lower than expected and with such a volatile economic climate, it is important to have all facts and figures on the table before making any decisions to sustain vetoes or to override them. Additionally, the budget vetoes don’t need to be addressed right away. In fact, we have until November; therefore we should wait and see how the next few months unfold so when we have a clearer picture of the fiscal outlook. Things may worsen, but we are hopeful to see some improvement in the economy. We should not rush to make such hasty decisions without knowing exactly what we are facing moving forward. If we address the Governor’s vetoes now, without having a better understanding of next year’s revenues, we could be forced to make more painful cuts later.

Now, more than ever, the Governor and the Legislature need to behave in a fiscally responsible manner. The tax and spend mentality will not lead us out of these dark days, but smart budgeting and planning can.
Posted by Massachusetts House Republicans at 3:29 PM