Behind The Eight Ball

In case you missed it, according to the State House News Service, a commission of Beacon Hill legislators set to study Governor Patrick’s sweeping plans to overhaul the structure of health care in the Commonwealth has yet to meet.

The commission, which was established eight months ago when the Governor signed the budget, is “charged with studying cost and benefits of different care delivery models for MassHealth, the state’s $10-billion-a-year Medicaid program.”

While we applaud the Governor on his grand plan of making health insurance more affordable for the citizens of the Commonwealth, the lack of a report from the commission puts legislators behind the proverbial eight ball. Instead of heading into budget debates with a comprehensive analysis of each possible method available, we must start from square one.

We think that as a governing body, we owe it to the taxpayers of Massachusetts, to exhaust every resource and measure possible to find the delivery model that will best suit them. By no means does the Republican Party think our proposed model of a managed care system is the only solution. All we are asking the Governor is that he convenes the commission, to which we have had a Republican representative in place since July of 2010, so that an open and transparent decision may be made.

Click here to read the article in its entirety.
Posted by Massachusetts House Republicans at 2:18 PM

In case you missed it, the Boston Globe reported on the fact that yet again, taxpayer dollars used to boost the states life sciences industry have been spent, but to little avail. Thus, renewing the debate of how well government does in picking private sector winners and losers.

The good news is, that more than half of the 26 companies that received tax incentives under Governor Patrick’s $1 billion initiative to jumpstart the Commonwealth’s life sciences industry, have created the jobs they promised.

On the other hand, five companies that did not meet their job creating “quota” have already agreed to return the money that they were awarded.

Since these tax credits are competitively awarded after a comprehensive application and thorough review process by Massachusetts Life Science Center, we need to evaluate carefully the track record of picking winners and losers. The silver lining here is, unlike Evergreen Solar, the claw-back provisions for the taxpayer seem to be working far better under this set of tax incentives.

Click here to read the article in its entirety.
Posted by Massachusetts House Republicans at 12:55 PM 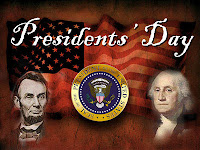 From all of us here at The Capitol View, we hope you will join us in observing Presidents' Day. Two of our nation's presidents, George Washington and Abraham Lincoln, were born this month and today we recognize them and all of their tremendous accomplishments. We thank them for their service to our country and for making the United States of America the great nation that it is today.
Posted by Massachusetts House Republicans at 1:53 PM

In case you missed it, Senator Scott Brown recently revealed that during his childhood he endured multiple instances of abuse. Senator Brown, who has a book coming out soon, has bared his troubling past and says he was sexually assaulted and physically harmed by several adults when he was a child.

We here at the Capitol View Live see Senator Brown as both a colleague and a friend, and these accounts are deeply troubling. We are amazed by Senator Brown’s courage and inspired by his story of overcoming obstacles.

While it is easy for us to focus on the present at a time like this, we must also be sure to be continually vigilant on issues of abuse and sexual harassment. It is vital that these issues remain at the forefront, and we must continue to advocate for the victims of these crimes.

Senator Brown’s story should serve as an inspiration to us all about a person’s ability to overcome obstacles, no matter how great or challenging.
Posted by Massachusetts House Republicans at 1:03 PM

An Act Relative to Unemployment Insurance Rates was drafted in response to the already large financial burdens that are placed on the states small business market.

Any increase to the unemployment insurance rate would, on average, increase businesses unemployment payments $228 per employee. However, even with the rate freeze in place, the Commonwealth’s unemployment costs are close to two times the national average.

Republican members were particularly concerned that the state’s already volatile small business climate, could not weather another hit to their payrolls.

The legislation is now before the Governor for his review and he has indicated he will sign it.
Posted by Massachusetts House Republicans at 2:51 PM

In case you missed it, the Boston Herald shared some sobering statistics regarding the ongoing abuse of the state’s welfare card system.

According to numbers obtained by the Herald, welfare recipients spent close to $200,000 in tax payer dollars on items ranging from alcohol to lottery tickets to events at Chuck E. Cheese!

In a change from the status quo however, Speaker DeLeo and even Governor Patrick agree with proposed GOP legislation that would make it illegal for business owners to knowingly and willingly accept welfare money for tobacco or alcohol.

We certainly do appreciate the support of the Democratic leadership, but we remain experienced skeptics regarding their commitment to following through when push comes to shove.

Click here to read the article in its entirety.
Posted by Massachusetts House Republicans at 2:24 PM

Valentine’s Day Article Not so Sweet!

In case you missed it, the Boston Globe today highlighted the continuing volatile small business market in Massachusetts as well as their hesitancy to hire and there’s nothing sweet about what the report has to say!

In fact, a recent study conducted by Moody’s Analytics stuck Massachusetts with the highest labor costs of any states. To make matters worse, the same study estimated that the overall labor costs in the Commonwealth are close to 14 percent above the national average.

If Governor Patrick doesn’t want to take our word for it, maybe he will take the word of Donna Olson, a struggling small business owner who deals daily with the high cost of doing business in Massachusetts. Olson told the Globe, “You’re hurting the people who should be the solution to the problem. Anyone who thinks it doesn’t hurt small businesses is crazy.”

While we do recognize that the business community in the state has added jobs faster than the nation as a whole, it is time for the Governor to accept that more work needs to be done.

Click here to read the article in its entirety.
Posted by Massachusetts House Republicans at 10:53 AM

I am pleased to see Beacon Hill leaders finally addressing this critically important issue. Freezing unemployment insurance rates will provide much needed relief to the Commonwealth’s very volatile small business community. I proposed similar legislation this session, as well as several other proposals aimed at moving the Massachusetts economy forward and getting unemployed citizens back to work. This is one small step in the right direction – however, there is still much work that needs to be done.
Posted by Massachusetts House Republicans at 11:21 AM

Two Republican lawmakers will be making media appearances tonight in an effort to continue delivering the message of the House Republican Caucus. Representative Paul Frost of Auburn will be appearing on Broadside with Jim Braude in studio to discuss the redistricting process at 6pm. Meanwhile, on talk radio tonight, Representative Rich Bastien will be on air with Howie Carr on WRKO-AM at the top of the 6 o'clock hour. Representative Bastien will be chatting with Howie about his legislation to legalize fireworks.

Be sure to check out Representatives Frost and Bastien. In case you miss either, we'll be sure to post their appearances on www.thecapitolviewlive.com tomorrow.
Posted by Massachusetts House Republicans at 4:49 PM

In case you missed it, the Boston Herald today highlighted the outrageous salaries Massport parking attendants are collecting. In fact, the Herald reported that at least 16 parking attendants took home more than $90,000 last year. If that doesn’t make you stop dead in your tracks, we don’t know what will!

On top of that, seven parking attendants took home more than $100,000 last year. Rightfully so, the Herald pointed out that those seven are all members of Teamsters Local 25 Parking. Who even knew such a union existed?

While we appreciate Secretary Mullan for saying he’ll review the shocking salaries, we are frustrated that it took a nasty headline in the Boston Herald to spark this action. A complete review of all agencies should be conducted in order to prevent this from ever happening again.
Posted by Massachusetts House Republicans at 12:49 PM