“After a cursory glance at the report furnished by State Auditor Suzanne Bump, I continue to be extremely frustrated with the glaring inefficiencies and abuses within the welfare program managed by the Department of Transitional Assistance (DTA). Contrary to previous assertions by Governor Patrick, 1,000 deceased individuals collecting taxpayer funded benefits is more than anecdotal.

The current changes being implemented to reform the Electronic Benefits Transfer (EBT) program will not suffice. The Auditor’s recent findings should again serve as a catalyst to institute meaningful reforms within the program.

At a time when taxpayers are being asked to pay billions of dollars more a year in increased taxes, they are faced with the reality that tens of millions of dollars of their hard earned money is being paid out to individuals who are fraudulently obtaining government assistance. The sound bites and empty promises from the Patrick Administration have to stop – the taxpayers deserve better.”
Posted by Massachusetts House Republicans at 3:31 PM 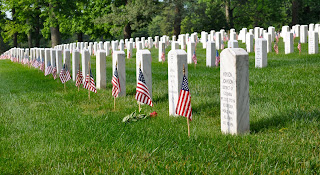 George Orwell once said, “we sleep safely in our beds because rough men stand ready in the night to visit violence on those who would do us harm.”

As Massachusetts and the nation observe Memorial Day, we pause to honor the many brave men and women who have made the ultimate sacrifice for our country. Throughout our nation's proud history, many have answered the call to serve, and many more continue to place themselves in harm's way in Iraq and Afghanistan.

Today, we honor all of our veterans for their service to our country, and for the sacrifices they have made to preserve the many freedoms we all too often take for granted.
Posted by Massachusetts House Republicans at 7:00 AM

House Minority Leader Bradley H. Jones, Jr. (R-North Reading) issued the following statement today in response to the resignation of State Representative John Fresolo (D-Worcester) in the wake of an ongoing investigation by the House Committee on Ethics:

“The necessary but overdue resignation of Representative Fresolo is an appropriate course of action given the circumstances. The residents of the Sixteenth Worcester District and the taxpayers of Massachusetts deserve representatives and a governing body that is held to the highest ethical standard.

Furthermore, the House Committee on Ethics should forward any information or findings from their investigation to the appropriate agencies and entities for further consideration.”
Posted by Massachusetts House Republicans at 2:55 PM

“On a personal level, I wish Lieutenant Governor Murray the best in his new endeavors at the helm of the Worcester Regional Chamber of Commerce.

However, on a political level, Lieutenant Governor Murray departs the public sector with a number of unanswered questions regarding his involvement in numerous scandals. His direct connection to improper hiring practices and midnight car rides leave far more questions upon his departure than answers.

In the coming weeks and months, I look forward to seeing if pro-business Murray still endorses the $2 billion tax hike pushed by loyal Lieutenant Governor Murray. Demanding more money from businesses and taxpayers looks a lot different from the outside than it does when you are in the comfortable confines of the Executive Office.”
Posted by Massachusetts House Republicans at 12:58 PM

Led by House Minority Leader Bradley H. Jones, Jr. (R-North Reading), the House Republican Caucus will offer a resolution in the House of Representatives condemning the actions of the Internal Revenue Service (IRS) in regards to their investigation of non-profit groups with certain political affiliations.

Offered in response to increased scrutiny incurred by the IRS in light of its admission to “overzealous audits” of applications for tax exempt status by groups with certain political affiliations, the House Republican Caucus feels that the actions of the IRS have drawn the ire of both the groups targeted as well as taxpayers nationwide.

“On face, the actions of the Internal Revenue Service represent a massive betrayal of public trust,” said Representative Jones. “By initiating a thorough investigation into these wrongdoings, a determination will be made as to whether or not this was the actions of a few, or the result of a widespread systematic failure.”

The resolution, which will be offered in the House of Representatives during the next full formal session, requests that the Massachusetts Congressional delegation initiate and support the formation of a select committee – comprised of elected officials from both political parties – to swiftly, thoroughly, and expeditiously investigate the alleged wrongdoings by the IRS.

A copy of the resolution will be forwarded to the Clerk of the House of Representatives, Clerk of the United States Senate, and each member of the Massachusetts Congressional delegation.
Posted by Massachusetts House Republicans at 3:54 PM

Led by House Minority Leader Bradley H. Jones, Jr. (R-North Reading), Representative Angelo D’Emilia (R-Bridgewater) and Representative Keiko Orrall (R-Lakeville), a bi-partisan group of legislators submitted a letter Thursday to Governor Patrick, asking him to reverse the 9C cuts that were made to accounts affecting local aid. Rendered last December for Fiscal Year 2013, the legislators feel that the cuts have negatively impacted communities across the Commonwealth.

“In light of continued strong revenue collections, restoring these local aid funds cut by the Governor is both fiscally responsible and justified,” said Representative Jones. “The funds outlined in our letter to Governor Patrick are essential for cities and towns across the Commonwealth.”

The letter to the Governor, which is supported by both House Democrats and Republicans, emphasizes that “communities across Massachusetts are counting on funding so that they may provide necessary services to our constituents.” The correspondence notes that while 9C cuts are within the Governor’s authority, the Legislature worked diligently in providing Governor Patrick with a compromise of funding necessary in order for local programs and agencies to operate at an efficient and effective level.

“When first faced with the reality of 9C cuts, which would have a negative impact on our communities and constituents, the House and Senate worked diligently and provided Governor Patrick with a compromise of priorities,” said Representative D’Emilia. “Now, with the state’s finances having well exceeded benchmarks, local aid should be restored before any other monies are spent by the Governor.”

Citing Year-to-Date tax revenue collections through April being $510 million above revised benchmark, the letter to the Governor goes on to say, “With this incredible turnaround in revenues, now is the time to restore the cuts which so negatively impacted our communities.”

"With revenue coming into the state at a higher level than predicted, it is clear that the 9C cuts should be restored," said Representative Orrall. "Ensuring predictable funding is a priority and we are advocating for our municipalities to receive all promised state funding. We will continue to focus on increasing aid to our communities for vital services and will stand against any unnecessary cuts."

Some of the accounts that the group of legislators is seeking to restore funding to include: Veterans’ Benefits; Transportation for Regional School Districts; Reimbursement for Special Education; Charter School Reimbursements; and Department of Correction.

Letter to Governor Regarding 9C Cuts