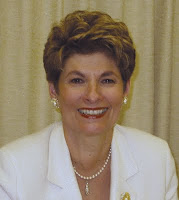 Representative Elizabeth Poirier was today appointed by House Minority Leader Bradley H. Jones, Jr. to a special commission to study the feasibility of establishing a veterans' hall of fame in the Commonwealth.

Representative Poirier, who serves as the ranking Republican on the Joint Committee on Veterans and Federal affairs, will join 10 other people in reviewing and analyzing the feasibility of, and costs associated with, establishing a veterans’ hall of fame in the Commonwealth. The commission will also study reasonable methods and criteria that may be utilized for nominating and inducting veterans who are residents of the Commonwealth into the veterans’ hall of fame.

“Betty has been a tireless advocate for veterans in Massachusetts,” said Representative Jones. “When asked to make an appointment to this commission, there was no doubt in my mind that there would be anyone more passionate about this particular issue than Betty.”

“I am truly honored to be appointed to this commission,” said Representative Poirier. “Our veterans have served us well and they deserve our utmost respect and commitment. I look forward to being a part of this very important cause.”

Representative Poirier was first elected to the Massachusetts House of Representatives in 1999 and was appointed Assistant Minority Whip earlier this year.

Poirier serves on a number of other House committees including Bonding, Capital Expenditures and State Assets, Elder Affairs and Steering, Policy and Scheduling.
Posted by Massachusetts House Republicans at 2:28 PM