Perry’s Statement on Benefits for Illegals 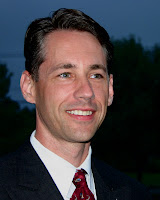 Today, the media is reporting that once again the Governor and many of the liberals who control Beacon Hill are talking about promoting benefits for illegal immigrants, including tax-payer subsidized college tuition discounts.

While it may "feel good" for some to take such a position, from my point of view, such a policy violates the rule of law, promotes illegal behavior, is unfair to taxpayers, and puts law breakers ahead of those who follow the immigration rules. By encouraging illegal behavior, what message does this send to immigrants who enter this country legally? The issue of immigration must be looked at from two different points of view.

The first dealing with those people who are in the United States legally and the second deals with those here illegally. While I believe it is the role of government to provide people with a helping hand, I do not support taxpayer dollars going to provide assistance to people of illegal status.

Some time ago, I had a disabled man, who served in the Army National Guard, in my office in desperate need of dental work, which is no longer provided by the Commonwealth. This veteran was extremely upset that the State was considering providing benefits to illegal immigrants while telling him they could not afford to repair his painful teeth. How can we as a Commonwealth tell this man who has served his Country "no", but say "yes" to creating entitlements to illegal immigrants? This proposal shows the Governor and the liberals who support such measures have misguided priorities.

As it is unclear if citizenship will be granted to these students in the future, it is likely that many will never be able to pay income taxes, thus we are paying for education without the likelihood of gaining taxes later. Furthermore, the proponents conveniently neglect to mention that there is currently a law suit filed in Federal Court which could hold that programs that benefit illegal immigrants over citizens from other states is unconstitutional under the 14th Amendment to the United States Constitution. If this lawsuit is successful, any state offering discounted tuition to illegal immigrants, would also have to offer it to citizens from other states. This could result in Massachusetts citizens losing the ability to have a discounted tuition all together.

To reward illegal immigrants who have violated our laws sends the wrong message to those immigrants who have spent many months and even years waiting in line to enter this country legally and is grossly unfair to the taxpayers.
It is my view that the Commonwealth should be allocating our resources at expanding health care, improving education, and ensuring public safety and not benefits to illegal immigrants!
Posted by Massachusetts House Republicans at 10:54 AM