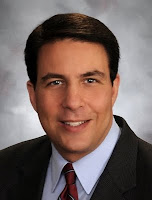 I have known and worked with Richard for more than two decades and it has been a privilege to call him my friend and my colleague. Senator Tisei brings a wealth of legislative experience and accomplishments to the ticket and as the people of his district will attest he has been a dedicated and honorable legislator who always puts the interests of his constituents first. As Lieutenant Governor, he will put the needs of Massachusetts’ taxpayers ahead of politics, like he’s always done in the past.

Additionally, Richard’s a small business owner and is probably one of the few state wide candidates who truly understand how difficult it is to run a business in the Commonwealth. I will do everything I can to support the Charlie Baker-Richard Tisei ticket.
Posted by Massachusetts House Republicans at 2:54 PM