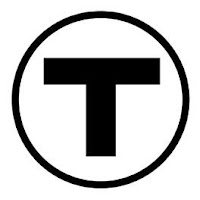 According to a report in today’s Boston Herald, Governor Patrick appears to be committed to spending more than $3 billion on MBTA expansion projects. This is yet another glaring example of Governor Patrick’s continuous mismanagement of state resources. You would think after the release of a scathing report, detailing a number of safety and financial concerns, the Patrick Administration would back off plans to expand and invest in fixing current structures and services.

The Boston Herald piece cites independent report by David D’Alessandro, who said, “The T can’t even afford to cover necessary safety critical projects totaling $543 million – including an $80 million water leak beneath the Red Line from Harvard Square to Alewife.”

In spite of this report, yesterday Governor Patrick told public transportation users that the system is safe and “promised to restore a culture of safety and transparency of the system.” Is that why he appointed a union friend to the MassDot Board?
Posted by Massachusetts House Republicans at 2:28 PM