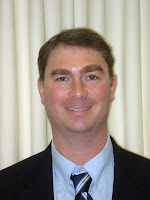 House Minority Whip Brad Hill appeared on NECN’s Broadside last night where he discussed Senator Ted Kennedy’s request to allow Governor Patrick to make an interim appointment should his seat become vacant. As you have all heard, Republicans pushed for this very policy back in 2004 but it was overwhelmingly rejected by the Democrats who wanted to prevent then Governor Mitt Romney from appointing a replacement had John Kerry won the presidency.

Representative Hill discussed this issue alongside Representative Robert Koczera, the current sponsor of legislation that would allow for an interim appointment. It should be noted that Koczera was an adamant opponent of this legislation when it was proposed by a Republican and voted against the amendment in 2004.

Click here to watch the segment in its entirety.
Posted by Massachusetts House Republicans at 2:32 PM