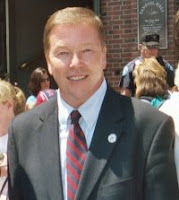 Boston- Citing the need for greater transparency, Representative Richard Ross today praised his colleagues in the House for adopting his amendment that would create a website in which health care providers would list their pricing for services offered.

The Wrentham Republican said the information would be accessible on the Division of Health Care Finance and Policy’s official website and would help consumers make more educated decisions regarding their health care choices.

“Health care costs continue to rise and it is our responsibility as a legislative body to do everything we can to make health care more affordable and accessible,” said Representative Ross. “I believe by providing this information online, we are taking a positive step towards reducing health care costs.”

While arguing in favor of this amendment during the FY11 budget debate, Representative Ross said listing prices will hold providers more accountable because their performance can be compared and contrasted with other providers.

More than thirty other states have statutes requiring hospitals to report pricing information including California, Florida and Nevada.