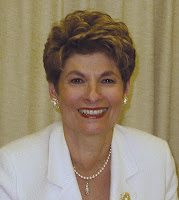 Boston- Saying slot machines should be made and purchased in the United States of America, Representative Elizabeth Poirier offered an amendment that was almost unanimously adopted in the House. In fact, only one member of the House of Representative voted against the common sense proposal.

The amendment, which Representative Poirier filed today during the expanded gaming debate, would require the Massachusetts Gaming Commission to consider, before licensing a gaming facility, whether the developer will prioritize buying all slot machines made and sold in the United States.

“I am proud to be a citizen of the United States of America,” said Representative Poirier. “Given the current economic climate, I believe it is absolutely necessary that we as a governing body encourage any potential developers to give their business to companies who makes and sells slot machines in our country.”