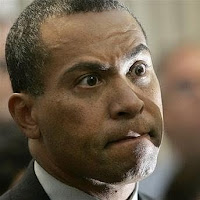 Struggling cities and towns across the Commonwealth should no longer suffer because of poor decisions made by Governor Patrick and the Democratic-controlled Legislature. A few days ago, The Capitol View commented on what is expected to be a dismal September in terms of tax revenue collections.

Now, on the first day of October, the Telegram & Gazette is reporting that Governor Patrick doesn’t want to make any decisions on budget cuts until the final numbers are in. Governor Patrick is consistently two steps behind the curve. When will he and the Democrats on Beacon Hill learn that being proactive is far better than having to respond to bad economic news. Had the Democrats heeded Republican warnings over the last two budget cycles, it is very likely the Bay State would be better off. Republicans in both the House and Senate have been pushing fiscal responsibility for years with dozens of cost savings proposals being filed every budget cycle. Yet, the Democrats continue to spend beyond the state’s means while simultaneously increasing taxes and fees.

Our communities deserve better. They shouldn’t be forced to make more cuts because of the irresponsible behavior of the tax and spend Democrats on Beacon Hill. They deserve innovative, cost saving programs, sound leadership and solid decision makers working on their behalf. Massachusetts’s towns and cities are struggling to stay afloat and if Governor Patrick cuts local aid again, the responsibility of that decision lies squarely on the laps of the Democrats on Beacon Hill led by Governor Patrick.
Posted by Massachusetts House Republicans at 10:32 AM