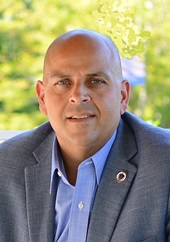 House Bill 5034, An Act relating to economic growth and relief for the Commonwealth, was engrossed by the House of Representatives on July 14, while the Senate version of the bill, SenateBill 3030, was passed on July 21. Both bills call for significant investments in state programs and local projects, using a combination of federal American Rescue Plan Act (ARPA) money, surplus state budget dollars, and bond proceeds.

“As a legislator who has also run a successful business, Mike has made economic development and jobs creation one of his top priorities,” said Representative Jones. “His background and expertise in these areas will be an asset to the conference committee as it works to negotiate a final compromise proposal that can be sent to Governor Baker before the end of formal legislative sessions.”

A centerpiece of both bills is a nearly $1 billion tax relief package that includes one-time rebates of $250 for individual taxpayers earning between $38,000 and $100,000 a year and $500 for married couples earning between $38,000 and $150,000 a year. Both bills also call for raising the rental deduction cap from $3,000 to $4,000; expanding the Earned Income Tax Credit from 30% to 40% of the federal credit; and increasing the child/dependent tax credit from $180 to $310 per child, while also eliminating the current cap on the number of children who are eligible for this tax credit.

The House and Senate have taken different approaches on other tax relief proposals, however. For example, House Bill 5034 would increase the maximum senior circuit breaker tax credit to $1,755, while Senate Bill 3030 would set the cap at $2,340. Also, while both branches have approved an increase in the estate tax threshold from $1 million to $2 million, the House has proposed taxing only the amount that falls above the $2 million threshold and imposing higher rates on those estates worth more than $5 million, while the Senate bill would provide a uniform tax credit of $99,600 to all estates above $2 million. The Senate bill also makes these tax changes effective for the 2022 tax year, while the House bill pushes them off to the 2023 tax year.

A former member of the Bellingham Board of Selectmen, Representative Soter was first elected to the House of Representatives in November of 2018. He represents the Eighth Worcester District, which is comprised of the towns of Blackstone, Millville, Uxbridge and Bellingham.

Posted by Massachusetts House Republicans at 9:17 AM