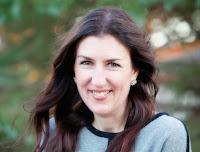 Established under Chapter 76 of the Acts of 2022, which was signed into law on May 26, the task force will be responsible for developing recommendations for specific sites, properties and attractions to be included in the Commonwealth’s Women’s Rights History Trail Program, which was also created under the same Act.

Sponsored by Representatives Kane, Carolyn Dykema (D-Holliston) and Danielle Gregoire (D-Marlborough), the Women’s Rights History Trail bill was initially filed during the 2019-2020 legislative session and was engrossed by the House as both a stand-alone bill and as part of a larger Economic Development Bond Bill, but never acted on by the Senate. A similar bill was filed during the 2017-2018 legislative session by the late Representative Gail Cariddi (D-North Adams).

“Hannah has been a driving force behind the creation of a Women’s Rights History Trail that will highlight the important role women have played throughout our state’s and our nation’s history in the fight for equal rights,” said Representative Jones. “As such, she is ideally suited to help the task force finalize the details that will make the trail a reality.”

The enabling legislation requires the task force to consider sites that “are historically and thematically associated with the fight for women’s rights and women’s suffrage, including the contributions of women veterans; are geographically diverse; and commemorate individuals who reflect racial, ethnic, cultural and economic diversity.” The task force will also make recommendations to increase the representation of women and women artists in the works of art displayed at the State House.

The task force is scheduled to submit its findings by March 1, 2023.

First elected to the House of Representatives in 2015, Kane represents the Eleventh Worcester District, which is comprised of the town of Shrewsbury and precincts 4 and 5 in Westborough.