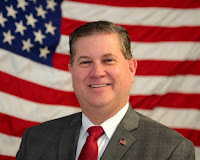 Both the House and Senate have approved legislation that would grant the Cannabis Control Commission increased oversight of the host community agreements entered into by municipalities and marijuana dispensaries. The proposed changes come in response to concerns that some communities are exceeding their statutory authority when negotiating the terms of their host agreements.

The House and Senate have also called for establishing a process for communities to approve on-site consumption sites, often referred to as “pot cafes”. However, the two legislative branches have taken different approaches to promoting social equity within the industry, with the Senate agreeing to dedicate 10 percent of annual Marijuana Regulation Fund revenues to a new Cannabis Social Equity Trust Fund to help provide access to start-up capital and the House opting to set aside 20 percent of annual revenues for these purposes.

“Matt has an extensive background in municipal government and business management, which gives him a clear understanding of many of the issues associated with the state’s cannabis industry that this legislation is trying to resolve,” said Representative Jones. “His knowledge and experience in these areas will be an asset to the conference committee as it works to negotiate the differences between the House and the Senate bills.”

The cannabis conference committee will attempt to reach agreement on a compromise bill to be sent to Governor Charlie Baker before the end of formal sessions on July 31. In addition to Muratore, the other conference committee members include Representatives Daniel Donahue (D-Worcester) and Joseph Wagner (D-Chicopee), as well as Senators Michael Rodrigues (D-Westport), Joanne Comerford (D-Northampton) and Ryan Fattman (R-Sutton).

Posted by Massachusetts House Republicans at 10:36 AM