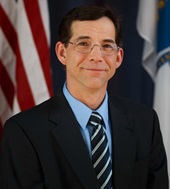 House Bill 5000, An Act relative to military spouse-licensure portability, education and enrollment of dependents, also known as the SPEED Act, was engrossed by the House of Representatives on July 7, but differs significantly from the Senate bill that was approved last November (Senate Bill 2559). Representative Berthiaume will be working with his fellow conferees to try to resolve the differences between the two proposals and produce a final bill that can be sent to Governor Charlie Baker before formal sessions end on July 31.

Both versions of the SPEED Act establish a process for K-12 schools to be designated as a “Purple Star Campus” if they meet certain criteria for supporting military families, and also include language to help expedite the issuance of professional licenses and certifications for individuals who are licensed in another state or whose spouse is a member of the armed forces. The bills also classify military personnel stationed in Massachusetts, as well as their spouse and children, as in-state residents for tuition purposes when they enroll at one of the state’s public colleges or universities.

The House bill, however, contains several additional provisions that are not in the Senate bill, including the establishment of a Massachusetts Medal of Fidelity, which will be provided to the next of kin of any Massachusetts service member or veteran who died as a result of combat related post-traumatic stress disorder or a service-connected disease, condition or injury related to exposure to harmful toxin, herbicides, agents or materials. The House bill also creates a commission that will work to develop a suitable memorial to recognize the Official Heroine of the Commonwealth, Deborah Sampson, who fought during the American Revolutionary War after disguising herself as a man and enlisting in the Continental Army.

“Once again Massachusetts is setting the bar when it comes to recognizing the military service of those veterans and active duty personnel that call the Commonwealth home,” Representative Berthiaume said. “It is an honor to be appointed to this conference committee and I thank the House Minority Leader for trusting me to ensure that the House priorities are well represented in the final legislation.”

“Massachusetts is often seen as a national leader when it comes to taking care of our veterans, and the SPEED Act will further cement the Commonwealth’s reputation by expanding benefits for military families,” said Representative Jones. “As a Navy veteran, Donnie has been an outspoken advocate for those who have served, and I am confident he will work with his fellow conferees to produce the strongest possible bill to support our military families.”

First elected to the House of Representatives in 2014, Representative Berthiaume is currently serving his fourth term in office. He represents the Fifth Worcester District, which consists of the towns of Barre; Brookfield; East Brookfield; Hardwick; Hubbardston; New Braintree; North Brookfield; Oakham; Spencer (Precincts 2, 3 and 4); West Brookfield; and Ware (Precinct A).

Posted by Massachusetts House Republicans at 10:22 AM