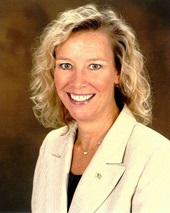 The House passed its version of the open space preservation bill (House Bill 851) on July 28, 2021, while the Senate engrossed its version (Senate Bill 2831) on April 14, 2022. Also known as the Public Land Preservation Act, the bills seek to codify in statute the Executive Office of Energy and Environmental Affair’s “no net loss” policy governing the preservation of open space in Massachusetts protected under Article 97 of the state Constitution.

“As a member of the Wareham Land Trust, Susan is well aware of the importance of preserving public lands for the enjoyment of current and future generations,” said Representative Jones. “I am confident she will work closely with her fellow conferees to focus on developing stronger open space protections for the residents of the Commonwealth.”

The conference committee will attempt to negotiate a final compromise bill that can be sent to Governor Charlie Baker before the end of formal sessions on July 31. Joining Representative Gifford on the conference committee are Representatives Ruth Balser (D-Newton) and James O’Day (D-West Boylston), as well as Senators Sal DiDomenico (D-Everett), Jamie Eldridge (D-Acton) and Bruce Tarr (R-Gloucester).

First elected to the House of Representatives in 2002, Representative Gifford represents the Second Plymouth District, which is comprised of the towns Carver and Wareham and precincts 3 and 6 in Middleborough.

Posted by Massachusetts House Republicans at 9:58 AM