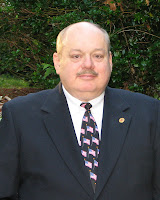 In case you missed it, Representative George T. Ross (R-Attleboro) made an appearance on the Howie Carr show yesterday. As you may have heard, Representative Ross has filed a bill that, if passed, would ban the sale of the designer drug referred to as “bath salts.”

House Bill 3739, An Act to Include Substituted Cathinones, Also Known as ‘Bath Salts,’ in Class C Substances, seeks to categorize the drug, known by its street name, “bath salts,” as a Class C substance under the Commonwealth’s Controlled Substances Act.

Click here to listen to what Representative Ross had to say.
Posted by Massachusetts House Republicans at 10:59 AM