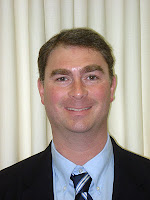 “I am honored to have been appointed to this Committee by House Minority Leader Brad Jones,” stated Representative Hill. “This is a very important piece of legislation that will affect every citizen in the Commonwealth. I look forward to working with my House and Senate colleagues to reconcile any differences between the two branches and put forth a comprehensive bill that will make Massachusetts safer.”
Posted by Massachusetts House Republicans at 4:14 PM