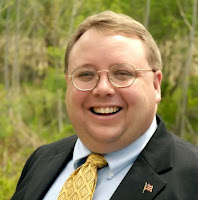 Recently the House Republicans along with their State Senate GOP counterparts made a push do away with two Boston area holidays that close down state offices and buildings. The measure in the House of Representatives was defeated on a 78 to 78 tie. The House and Senate Republicans have now filed a bill together calling for the same thing.

There are many arguments for not doing away with these holidays for only Suffolk County. The supporters point to the historical relevance of these days as a reason to keep them and celebrate them. They point to schools being closed and students using the day to learn more about their American heritage. And of course they claim it is good for travel and tourism to the area. These arguments to some degree I can agree with. However, I still believe this is all possible without closing down state buildings and offices on those days.

Other supporters of keeping these Boston area only holidays make outrageous claims that Christmas, Thanksgiving or Veterans Day could be next if these are done away with. Of course all of those holidays are celebrated statewide and nationally where as Bunker Hill Day and Evacuation Day are only celebrated in Suffolk County.

Not only does the rest of Massachusetts not celebrate this holiday but these county holidays are also extremely rare nationally. In fact, only one other state, Alabama, has a so called county holiday that the rest of the state doesn't observe.

For me this is also an issue about fairness. Certainly we should do whatever we can to promote Massachusetts, our culture and history. But these days are not celebrated in other parts of our Commonwealth. In fact most people who are aware of these important events wouldn’t even know what dates they actually fall if they live outside the greater Boston area. They are commonly surprised to learn of these Boston only holidays and that state offices and buildings are closed in this region only.

The Colonist forces at the Battle of Bunker Hill and the events which lead to the British leaving Boston forever were not made up of just Boston area residents. The call to arms was answered by folks from all over the Bay Colony, New England and throughout the colonies as a whole. People from Central and Western Mass were there. People from Southern and Northeastern Mass were there. Despite these historical facts, only the Boston area shuts down for these two days.

The time has come that the Boston area state offices should be open no differently than state offices in other parts of the state. If the municipal governments want to close their offices and schools on these days for ceremonies and recognition then they should do so on their own. There is no reason for the state offices to be closed too.

Promoting the days to tourists is something we should do more of and I’m sure state offices do not need to be closed for that to happen. I would also say, those who support keeping them as is should do a better job of promoting these days to those who live in our state but do so outside Boston. The bottom line is there is no good reason these holidays should be mutual exclusive to just state offices in the Boston area.
Posted by Massachusetts House Republicans at 5:50 AM