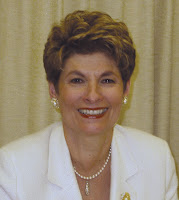 House Minority Leader Bradley H. Jones, Jr. (R-North Reading) is pleased to announce that he has appointed Representative Elizabeth Poirier (R-North Attleborough) to serve as a member of the newly-created special commission on malnutrition prevention among older adults.

Representative Poirier, who currently serves as the Second Assistant Minority Floor Leader for the House Republican Caucus, is one of four legislators named to the new 17-member commission, which will study the effects of malnutrition on older adults and identify the most effective strategies for addressing this problem.  The commission, which falls under the purview of the Department of Elder Affairs, will file an annual report with the Legislature by December 31 detailing its activities, findings and recommendations.

“Representative Poirier has been an invaluable member of my leadership team, and I am confident she will bring those same leadership qualities to the commission as it works to identify ways to improve the health and well-being of the Commonwealth’s older residents who are most at risk for suffering from malnutrition,” said Representative Jones in announcing the appointment.