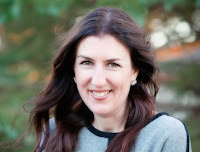 Representative Kane has been named a member of the Joint Committee on Mental Health, Substance Use and Recovery, filling a vacancy on the committee responsible for reviewing all legislation pertaining to behavioral health, drug detoxification and mental health issues.  In addition, the Shrewsbury legislator has been appointed to a special commission that will investigate ways to increase access and interoperability of healthcare data collected by the Massachusetts Department of Public Health (DPH) through the state trauma registry.

“Representative Kane has long been active at the local and state level on a wide range of substance abuse and public health issues, and I believe she will be a natural fit and an invaluable resource to both the joint committee and the special commission,” said Representative Jones in announcing the appointments.

In her first official act as a member of the Joint Committee on Mental Health, Substance Use and Recovery, Representative Kane took part in a January 16th public hearing on Governor Baker’s proposed CARE Act, which seeks to address the state’s opioid and heroin epidemic by increasing access to treatment and recovery services, while strengthening education and prevention efforts.  The bill builds on the state’s 2016 opioid law, which Representative Kane supported.

As a member of the special healthcare commission, Representative Kane will work alongside Dr. Monica Bharel, the Commissioner of Public Health, to study the patterns and impact of healthcare inequality across the state and to develop the support programs and resources necessary to address these unmet needs.  The 9-member commission, which is comprised of legislators and healthcare professionals, is due to report its findings and recommendations to the House and Senate by December 31, 2018.

“I am honored to be appointed by the Minority Leader to these two new committees and look forward to working with my colleagues and fellow commission members to address some of the critical public health challenges facing the Commonwealth,” stated Representative Kane.

In addition, Representative Kane serves on Worcester County District Attorney Joe Early’s Opioid Task Force, and as a State Director of the national Women in Government Foundation, where she recently served as a member of the Mental Health and Substance Use Task Force.  She also serves locally on the Shrewsbury Coalition for Addiction Prevention and Education (SCAPE).

Representative Kane has been a member of the House of Representatives since 2015.  She represents the 11th Worcester District, which consists of the town of Shrewsbury and Precincts 4 and 5 in Westborough.
Posted by Massachusetts House Republicans at 12:42 PM