'A Date Which Will Live in Infamy' 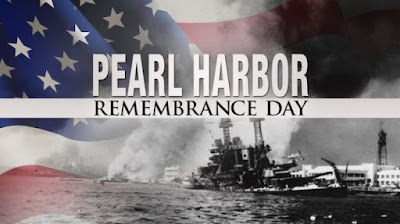 It was 76 years ago today – on December 7, 1941 – that the US Army and Naval Base at Pearl Harbor came under attacked by the Imperial Japanese Navy.  More than 2,000 U.S. military personnel were killed and over 1,000 more were wounded in the early morning attack, prompting President Franklin D. Roosevelt to proclaim that this would be “a date which will live in infamy.”

On this Pearl Harbor Remembrance Day, all of us here at The Capitol View want to offer our sincere gratitude and appreciation to the service men and women who made the ultimate sacrifice. We also want to thank those who continue to serve our nation and keep America strong.
Posted by Massachusetts House Republicans at 11:18 AM