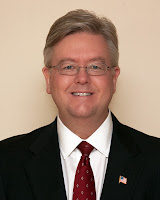 The following column by Representative Randy Hunt (R-Sandwich) appeared in the January 7 print edition of the Boston Globe's South section in response to the question “Will the Republican tax overhaul benefit the country?”:

“Country” can be interpreted to mean the people or the economy. Either way, the answer to the question is an emphatic “Yes!”

Will the Tax Cuts and Jobs Act benefit the people? The nonpartisan Tax Policy Center says 90 percent of middle-class taxpayers will get a tax cut in 2018.

Aren’t these tax cuts temporary? The individual tax cuts technically expire after eight years, but even those cuts considered “permanent” are not set in stone. Congress can change the tax code at any time, and does. Senator Chuck Schumer’s claim -- drawn from Tax Policy Center data -- that 83 percent of the benefits will go to the top 1 percent in 2027 is based on Congress leaving the tax code alone, which has never happened. In 2018, the center calculates 21 percent of the benefits from the tax overhaul will go to the top 1 percent, a group that currently pays 38 percent of all federal income taxes.

Will the tax overhaul benefit the economy? There are enough economists speculating about the potential effects of the new law to fill the TD Garden. Economists, like stock market analysts and weather people, are much better explaining what happened after it’s over.

The cut in the corporate rate to 21 percent and the ability of corporations to repatriate earnings stowed in foreign bank accounts at reduced tax rates will undoubtedly encourage expanded investment in the United States.

Tax overhaul or not, however, the economy is fundamentally driven by demand. Some of that demand will increase by putting more cash in people’s pockets. Some of it will move to companies that start up or expand operations in the United States because the legislation is helping level the international playing field.

Naysayers emphasize how little the law’s positive impact might be. Like their moms must have told them: “If you can’t say something nice, then minimalize the good news.”
Posted by Massachusetts House Republicans at 10:38 AM