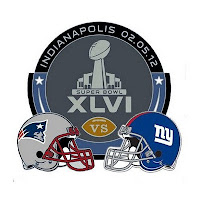 Pitting cannoli’s from Mike’s Pastry and clam chowder from Legal Sea Foods against New York Cheesecake and wine from New York’s Finger Lake region, the Minority Leaders from Massachusetts and New York have laid claim to their football team’s supremacy.

“I commend Minority Leader Kolb for entering into this wager,” said House Minority Leader Bradley Jones. “While New Yorkers and New Jerseyans continue to argue over which state can lay claim to the Giants, Patriots fans are focused on one thing – supporting their team in Sunday’s game and cheering them on to their fourth Super Bowl title in eleven years. The last time the Patriots met the Giants in the Super Bowl is still fresh on the mind of many New England residents. I am confident, however, that the outcome will be different this time around. But in the end, at least we can both agree that it is great to not have the Jets anywhere near Indianapolis.”

“I applaud Leader Jones for his willingness to make this friendly wager and look forward to enjoying the chowder and cannolis. I already have a prominent place picked out in my office where I will put Leader Jones’ picture wearing a New York Giants jersey. New York Big Blue (Yes, New York, sorry Governor Christie) have the Patriot’s number. I say this not based on my football predictive ability but on the final score from Super Bowl XLII. All kidding aside, I wish both teams the very best on what will be an exciting game," said New York State Assembly Minority Leader Brian M. Kolb.

The wager also requires the Republican Leader from the losing state to take a picture, in their respective Chamber, while donning the jersey of the victorious team.

Super Bowl Wager
Posted by Massachusetts House Republicans at 8:27 AM