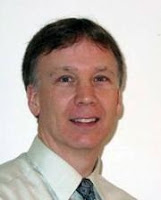 In case you missed it, State Representative Peter Durant (R-Spencer) today called for an investigation into the public funding of the nonprofit Rose Fitzgerald Kennedy Greenway Conservancy.

As first reported in both the Boston Herald and Boston Globe, the Conservancy is responsible for oversight and management of the 15 acre public park linking the North End to Downtown Boston. Reports indicate that five executives of the Conservancy now make in excess of $100,000 annually, with hefty bonuses and vacation time also available.

“I question the need to pay 5 people over $650,000 collectively each year, not including bonuses, to manage a park that is only 15 acres,” Durant said. “I understand the economic benefit this park provides for North End businesses, and if it were a completely privately-funded entity as originally intended, the amount the Conservancy pays its personnel wouldn't be an issue."

But, the Spencer Republican went on to say, "The fact is that this organization, by its own admission, relies heavily on public funding and has the audacity to believe there should be no oversight or accountability of how the public's money is spent." Durant added, "This is simply unacceptable. The oversight alone of this parcel totals almost $45,000 per acre and that does not include the salaries of the other 35employees employed in the maintenance of the park.”

Representative Durant contacted the Department of Transportation (DOT) Secretary Richard Davey as well as the chairs of the Joint Committee of Transportation, requesting additional copies of the financial statements of the Rose Kennedy Conservancy.

“This is an accountability issue,” said Durant. “With over $2 million in funding for the Conservancy coming out of the DOT budget, I want to know exactly where our taxpayer dollars are going and what the justification for that spending is.”
Posted by Massachusetts House Republicans at 2:57 PM