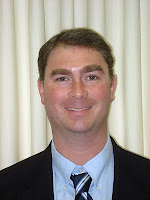 In case you missed it, House Minority Whip Brad Hill made an appearance on Fox 25's Morning News today. As you may have heard, Governor Patrick plans to file legislation today relative to habitual offenders. However, Representative Hill feels his legislation, "Melissa's Bill," named after Melissa Gosule is the version the Governor should get behind. It appears as if the Governor's legislation would still allow the state's most violent criminals an opportunity to be paroled whereas "Melissa's Bill," would not allow the opportunity for parole on the third violent felony conviction.

Click here to see what Representative Hill had to say.
Posted by Massachusetts House Republicans at 11:34 AM