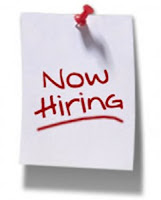 The Boston Herald today reported that the Patrick Administration has filled more than 1,300 jobs since the beginning of this year – this all during one of the worst recessions in the Commonwealth’s history. The Herald also reports that many of the “lucky job-seekers also gave generously to Gov. Deval Patrick’s election campaign.”

When asked about Governor Patrick’s hiring spree, House Minority Leader Brad Jones told the Herald “It’s frustrating. The administration is slow to do what is being done in the private sector. Where is the paper trail?” Jones added, saying new hires may be needed in some cases, but the process is not transparent.

To read the entire Boston Herald article and to see the list of new hires, click here.
Posted by Massachusetts House Republicans at 1:36 PM