Change of Heart, Change the Law 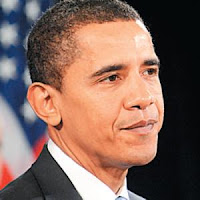 Not surprisingly, President Barack Obama has had a change of heart and now wants Massachusetts lawmakers to change the law to allow Governor Patrick to temporarily fill the senate seat of the late Ted Kennedy. This despite the fact that only weeks ago, President Obama said the decision wasn’t up to him but instead up to the elected officials of the Commonwealth.

According to a report in the Boston Herald, “Obama’s political committee Organizing for America sent out an e-mail to supporters urging them to call Bay State lawmakers and support a Beacon Hill bill allowing Patrick to appoint an interim senator in the late U.S. Sen. Edward M. Kennedy’s seat.”

In response to this action, we are respectfully calling on him to stay out of it! We are sick and tired of Washington butting its nose into our state’s business. State House News Service is reporting “a Rasmussen’s phone survey of voters found 44 percent favor the naming of an interim senator by Gov. Deval Patrick while 43 percent oppose it.” The growing opposition proves this isn’t a cut and dry issue as many would like to portray it. The people here understand that retroactive changes to our election laws are wrong and send a dangerous message. Despite this, the power brokers in Washington are pushing harder than ever to allow for an interim appointment.

The fact of the matter is Massachusetts voters are fed up with people like Harry Reid who are pushing for the change just to benefit their own personal political agenda. Predictably, special interest groups are not only driving the debate in Washington, but here on Beacon Hill as well. It will be interesting to see if the money will flow from D.C. as it did in 2004 when we changed the law the first time.
Posted by Massachusetts House Republicans at 3:28 PM