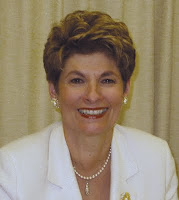 In case you missed it, Representative Betty Poirier made an appearance on the Tom & Todd Show this morning. As you may have heard, Representative Poirier has filed an amendment entitled Secure Communities to the Fiscal Year 2012 Budget. The amendment seeks to have the fingerprints of those arrested in the Commonwealth scanned through an F.B.I. database. Those identified as being in the country illegally would be reported to U.S. immigration agents. Representative Poirier comments on this and more.

Click here to see what Representative Poirier had to say.
Posted by Massachusetts House Republicans at 8:47 AM