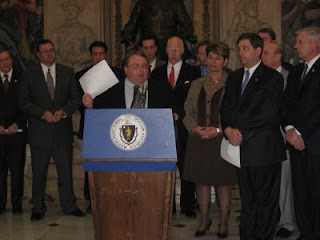 Senate and House Republicans today announced the launching of the Hardship Listening Tour, a statewide effort to give constituents an opportunity to voice concerns about the proposed gas tax increase, toll hikes and the litany of other proposed tax and fee increases.

The tour, which will kick off on March 16th will make stops in five areas of the Commonwealth in order to give taxpayers all over the state a chance to make it to one of the open forums.

The schedule for the listening tour is as follows: