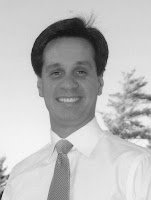 Today, Representative Vinny deMacedo and Plymouth County District Attorney Tim Cruz announce the filing of legislation which will stiffen the criminal penalties for anyone who is convicted of discharging a firearm at a law enforcement officer. This bill would establish a mandatory minimum sentence of 10 years for those convicted of “an assault or an assault and battery upon a law enforcement officer by discharging a firearm while said officer is engaged in the performance of duties, and who knows or has reason to know that the individual is a law enforcement officer." District Attorney Tim Cruz stated, “When criminals cross the line and threaten the very people who protect us, then we as a society have to come together and send the clear message that it will not be tolerated. If you shoot at a police officer, then you are going to prison – and you are going for a long time.”

This legislation comes in the wake of escalating violence on the South Shore, where officers have found themselves as targets, facing criminals who boldly brandish their guns. Currently in Massachusetts, there is no statute mandating a minimum mandatory sentence for those convicted of such a crime on an officer. In fact, such criminals have been released back onto the streets in as little as two years. This legislation, if passed, would seek punishment of “not less than ten years up to life imprisonment in the state prison…and a fine of not more than one hundred and fifty thousand dollars may be imposed but not in lieu of the mandatory minimum term of imprisonment…”

After speaking with District Attorney Cruz, deMacedo stated that, “Individuals who open fire at police have complete disregard for the safety of their fellow citizens, and no respect for the law. Whether it’s the Brockton Police, or the Plymouth Police, these officers are courageously putting their lives on the line each and every day to protect the public. The least we can do and I believe it is our duty, is to ensure these dangerous criminals are not released back on the street to continue their terror.”

“Law enforcement officers work every day to make sure that our streets are safe, that our homes and businesses are secure, and that our children grow up in peaceful communities. They are on the front line, protecting all of us from criminals who would do us harm,” said District Attorney Cruz.

With the support of the District Attorney, Representative deMacedo is hopeful this bill will pass through committees, with expediency and high approval. “We must act now and we must act decisively, our law enforcement officers and our communities deserve that.”
Posted by Massachusetts House Republicans at 10:13 AM