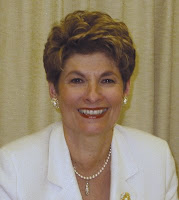 Representative Poirier won a special election in 1999 and has held the 14th Bristol District seat ever since. Her district includes North Attleborough, Plainville and parts of Mansfield and Norton

“I am honored that Brad and my colleagues have faith in me to serve on this level,” said Representative Poirier. “We have our work cut out for us as we tackle economic woes, ethical improprieties and restoring two party government. I am excited to take on the challenges ahead and know the GOP Caucus will work diligently on behalf of the citizens of the Commonwealth.”

Poirier serves on a number of House committees including Bonding, Capital Expenditures and State Assets, Elder Affairs and Steering, Policy and Scheduling. She was recently appointed to a Special House Committee on Ethics as well.

“I know Betty will fill this extremely important role well,” said Representative Jones. “John Lepper was a huge asset to the people of Massachusetts as well as our caucus and I am confident Betty will bring the same energy and commitment. She is incredibly dedicated to her constituents and making Massachusetts a better place for people to live and work.”

Poirier has also served as the Vice President of the North Attleboro/Plainville Chamber of Commerce and is a former small business owner.
Posted by Massachusetts House Republicans at 3:57 PM