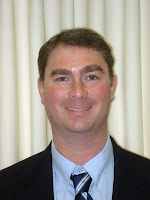 Hill represents the 4th Essex District, and most recently has served on the Committees on Economic Development and Emerging Technologies, Public Safety, State Administration & Regulatory Oversight, and Steering, Policy, and Scheduling.

“I love what I do and am honored to be taking on more responsibility in the Minority Party,” said Representative Hill. “There is a lot of work to be done and we have some tough times ahead of us as a state. However, our Caucus is determined now more than ever to tighten the belts of spending on Beacon Hill by the Majority Party. Our constituents deserve better and we will fight every day on their behalf.”

The new Whip is a native of Hamilton and previously served on the Board of Selectmen in Ipswich. Hill replaces Representative George Peterson, who was recently appointed Assistant Minority Leader.

“Representative Hill works hard for his constituents,” said Representative Jones. “He and I both represent areas of Middleton and we have a tremendous working relationship. He is one of those legislators that always goes above and beyond for his district and for his colleagues. He brings a lot to the GOP Caucus and we rely on him to be a vocal advocate for fiscal responsibility and reform on Beacon Hill.”

Since being elected to the House of Representatives, Rep. Hill has fought to change the local aid formula to bring more state money to suburban communities, to provide property tax relief and to impose fiscal discipline on Beacon Hill.
Posted by Massachusetts House Republicans at 1:30 PM