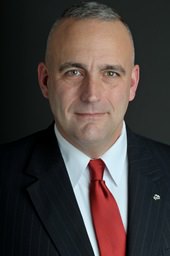 Created as part of the new policing reform law signed on December 31, the commission will explore ways to improve diversity, transparency and community representation in the recruitment, hiring and training of civil service employees, as well as within the State Police and in communities that are not subject to the civil service law.

“Tim has an extensive public safety background, having previously served as a correctional officer and a State Police sergeant for many years,” said Representative Jones. “His knowledge and expertise will help to guide the commission as it looks for ways to ensure a diverse pool of qualified candidates for hiring and promotion within the ranks of the State Police and municipal departments.”

As part of its undertaking, the commission will evaluate the feasibility of creating a statewide diversity office within the Executive Office of Administration and Finance to establish and oversee the implementation of affirmative action plans and guidelines for municipalities, and to monitor communities for noncompliance. The commission will also examine the feasibility and cost of hiring or appointing a diversity officer for every city or town with a municipal police or fire department.

The commission will file a report containing its findings and recommendations by September 30, 2021.

First elected to the House of Representatives in November of 2014, Whelan is currently in his fourth term representing the First Barnstable District, which is comprised of Precinct 1 in Barnstable; Precincts 1 and 2 in Brewster; the town of Dennis; and Precincts 1, 2, 3, 4 and 7 in Yarmouth.