Rep. Muratore Named To Permanent Commission On The Status Of Persons With Disabilities 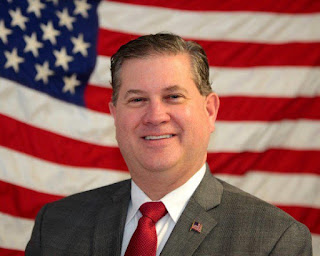 House Minority Leader Bradley H. Jones, Jr. (R-North Reading) has announced the appointment of State Representative Mathew Muratore (R-Plymouth) to serve as his designee on the Massachusetts Permanent Commission on the Status of Persons with Disabilities.

Created as part of the new policing reform law signed on December 31, the Commission will serve as an independent state agency that will work to advance the cause of all persons with disabilities living in the Commonwealth.

“Matt’s advocacy on behalf of individuals with disabilities has been recognized by a number of organizations, including the Arc of Greater Plymouth, which named him its Legislator of the Year in 2017,” said Jones. “As a member of the Commission, Matt will continue to play a key role in helping to effectuate positive changes to support all Massachusetts residents with disabilities.”

The Permanent Commission on the Status of Persons with Disabilities will review and recommend corrective action to address any disparities that exist within the range of state disability services options available to individuals with disabilities, including transportation, access to employment, and public assistance programs pertaining to food, housing, child care and other benefits. In addition to promoting employment opportunities for persons with disabilities in both the public and private sector workforce, the Commission will also establish school-to-work activities for transition aged youth with disabilities that establish a bridge to self-sufficiency and engage school supports, family members and employers.

As part of its mission, the Commission will assess the programs and practices of all state agencies as they affect persons with disabilities, and will advise both the executive and legislative branches of government regarding the potential impact of proposed legislation. It will also work to promote and facilitate collaboration among local disability commissions, disability rights advocacy organizations and disability employment service providers.

The 23-member Commission will include representation from the Attorney General’s office, the State Treasurer’s office, the Secretary of State’s office, and seven members who will be appointed by Governor Charlie Baker. The Commission will also include the executive director of the Disabled Persons Protection Commission, along with representatives from the University of Massachusetts Medical School Work Without Limits program; the Massachusetts Disability Policy Consortium; the Association of Developmental Disabilities Providers, Inc.; and the Massachusetts Developmental Disabilities Council.

The Commission will be responsible for filing an annual report on or before October 31.

First elected to the House of Representatives in November of 2014, Muratore is currently in his fourth term representing the First Plymouth District.