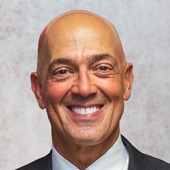 House Minority Leader Bradley H. Jones, Jr. (R-North Reading) has announced the appointment of State Representative Steven Xiarhos (R-West Barnstable) to serve on a special legislative commission that will investigate and study the impact to the administration of justice of the qualified immunity doctrine in the Commonwealth.

The qualified immunity doctrine, which dates back to a 1967 U.S. Supreme Court case, protects police officers and other government officials from being subject to civil suits for actions taken when discharging their official duties, unless it can be shown that their actions violated “clearly established” statutory or constitutional rights. It is designed to protect public officials from frivolous lawsuits when acting in good faith.

“Steve has an extensive background in law enforcement and is very familiar with the qualified immunity doctrine,” said Representative Jones. “I am confident he will help the commission conduct a complete and thorough examination of how qualified immunity is applied and what changes may be needed to ensure that it provides protections for both government officials and the general public.”

Xiarhos is one of 8 legislators serving on the 15-member commission, which will be led by the House and Senate chairs of the Joint Committee on the Judiciary, Representative Michael Day (D-Stoneham) and Senator Jamie Eldridge (D-Acton). The commission will also include a member of a police officers’ union, a member of a firefighters’ union, and a retired justice of the appeals court, who will all be appointed by Governor Charlie Baker; as well as the executive director of the American Civil Liberties Union of Massachusetts, Inc.; the president of the Massachusetts Bar Association; the executive director of the Massachusetts Municipal Association, Inc.; and the president of the National Association for the Advancement of Colored People New England Area Conference.

The commission will file a report on its findings and recommendations, including any suggested legislation, by September 30, 2021.

A Gold Star Father and 40-year veteran of the Yarmouth Police Department, Xiarhos retired as the department’s Deputy Chief of Police on December 8, 2019. He was elected to the House of Representatives in November of 2020, and represents the Fifth Barnstable District, which is comprised of Precincts 11 and 12 in Barnstable; Precincts 1, 2 and 7 in Bourne; the town of Sandwich; and Precinct 9 in Plymouth.

Posted by Massachusetts House Republicans at 8:31 AM