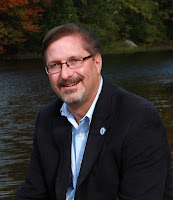 Attached below is a copy of a column by Representative Kevin Kuros (R-Uxbridge) regarding the proposed “millionaire tax” ballot question. This column ran in the Globe West edition of the Boston Globe on Sunday.


While it’s no laughing matter, attempts to implement a Massachusetts graduated income tax feel like the Bill Murray movie “Groundhog Day.’’ In the movie, Murray’s character is trapped in a time warp, doomed to relive the same day over and over. Similarly, in 2018 voters may once again have to relive efforts to change the state Constitution to allow a progressive income tax rate.


Article 44 requires taxes “be levied at a uniform rate throughout the Commonwealth upon incomes derived from the same class of property.” Clearly, the Constitution’s framers understood a uniform tax rate means those earning more pay correspondingly more. Taxing at higher rates punishes success while doing little to help the less fortunate.


First, $1 million is an arbitrary number requiring regular updating to reflect inflation. Presently, it is about 30 times the per capita average. In 1780 when per capita income was $400, the cap would’ve been $12,000. How often would we have had to amend our Constitution to “modernize” it since then?


Second, not all income is created equally. Many small-business owners operate as a sole proprietorship or as an S-corporation. From a tax perspective, their business revenue looks like income, so an owner with $2 million in revenue and $1.95 million in expenses would be taxed at the higher rate despite profiting only $50,000. This is inequitable to small-business owners, who create two out of every three jobs in Massachusetts.


Finally, if the objective is to close an income inequality gap, let’s consider the earned income tax credit. The fiscal 2016 budget increases the Massachusetts credit from 15 to 23 percent of the federal credit, allowing 400,000 qualifying residents an annual credit of up to $1,412. This has an immediate impact on reducing income inequality, can be easily updated by the Legislature, and doesn’t require a constitutional amendment.