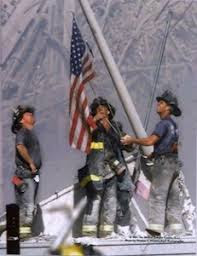 “One of the worst days in America’s history saw some of the bravest acts in Americans’ history. We’ll always honor the heroes of 9/11. And here at this hallowed place, we pledge that we will never forget their sacrifice.” – President George W. Bush, speaking at the dedication of the 9/11 Pentagon Memorial on September 11, 2008.

On September 11, 2001, the United States found itself under attack when four commercial airplanes were hijacked by members of al-Qaeda and used as weapons of destruction. Two of those planes struck and brought down the twin towers of New York’s World Trade Center, while a third plane crashed into the Pentagon in Virginia. A fourth plane – reportedly bound for the nation’s capital – crashed into a field in Shanksville, Pennsylvania after the crew and passengers attempted to regain control of the plane. All told, nearly 3,000 Americans perished on that terrible day, including 206 with direct ties to Massachusetts and more than 400 first responders.

As we mark the twentieth anniversary of the September 11 terrorist attacks, the members of the House Republican Caucus join with Americans everywhere in honoring the memories of those whose lives were cut short by the senseless acts of violence that took place that day. We will never forget the many acts of bravery and heroism that took place on September 11, and we will always remember those who were taken far too soon from their families, friends and loved ones.

Posted by Massachusetts House Republicans at 7:22 AM